We are now open for operations!
Inquire at https://www.facebook.com/saltenfly/
or email saltenfly@gmail.com
Some restrictions due to COVID-19 may still apply.

Explore Northern Norway from the air on a scenic flight from Bodø. Enjoy the majestic views of the Svartisen glacier, the Lofoten islands, jagged peaks, fjords and a coastline with a myriad of islands. You’ll fly past a variety of villages along the coast and in inland areas of Northern Norway. 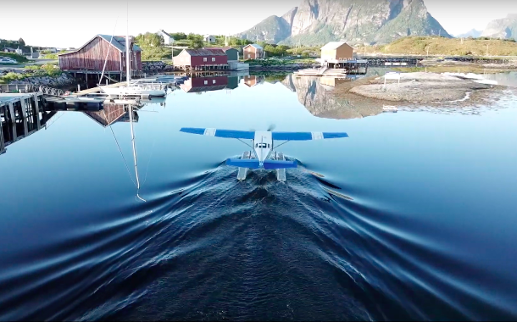 Sightseeing from the air is the perfect adventure for visitors who want to make the most of their visit to Northern Norway. You can capture unforgettable photos from your bird’s-eye view of Northern Norway.

A sightseeing flight lets you see Northern Norway from a very different angle. You won’t just fly high above ground, you will fly amongst glaciers, between peaks and through valleys.

Ready for take-off? Prior to boarding the seaplane in Bodø, you will be greeted by your captain. Before take-off you will be given a professional, relaxed brief on the planned flight route, weather conditions and safety. The aircraft is a five-seat Cessna 206F Amphibious.

The captains all have more than 20 years’ operational aviation experience as pilot in the Royal Norwegian Air Force. They know Northern Norway like the back of their hand, so you will be in safe hands during your scenic flight!

Below are some examples of preplanned flights. If you have another request just contact us and we will make you an offer.

Max 4 passengers (totalweight approx 320 kg, passenger and luggage). Price is for both ways including 1 hour waiting (after that 1000 kr for each hour wait).

Some of our coorporation partners